TB, Human Rights and the Law: “Tell it like it is” 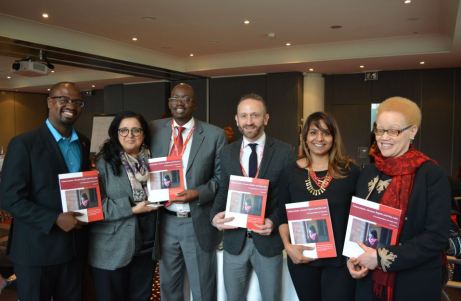 Stop TB Partnership’s workshop on TB and human rights this week fired up a diverse group with plans for action. The meeting brought lawyers and community activists together with UN agencies and donors to brainstorm ways to use the law and community empowerment to mobilize faster action on TB.

Lucica Ditiu and Colleen Daniels from Stop TB Partnership raised the alarm: 4 million people with TB are “missed and undiagnosed: women and children, the poor and malnourished, refugees, migrants, miners, ethnic minorities, homeless and substance users” — and they’re not being reached by what many at the meeting decried as a traditional, stodgy, top-down medical system. As Daniels noted, “The bacteria is evolving faster than the response.” XDR-TB survivor Phumeza Tisile said that people with TB are “subjects, not just objects that doctors do things to.”

How can law and community mobilization help spur faster action? The problem is hardly new: TB has been with us since the pharaohs. Brian Citro (University of Chicago Law School) shared the partnership’s breakthrough first source book of TB case law: Tuberculosis, Human Rights and the Law: A Compendium of Case Law. The cases address prison and torture; compensation, insurance and property; compulsory isolation; immigration and asylum; right to life; employment discrimination; causation; right to fair trial; negligence; social determinants of health; and right to privacy. Based on research in six languages from 20 domestic and regional jurisdictions, the book summarizes case facts, issues, and reasoning used in court decisions.

Speakers over the day-and-a-half-long meeting called for this and more, drawing on examples from Kenya, Botswana, South Africa, India and Peru. Justice Oagile Key Dingake of the High Court of Botswana said that he and other judges must have justiciable laws–not just soft-law policies–or their hands are tied. Lynette Mabote of ARASA and Lorraine Misquith of Lawyers Collective said that strategic litigation has made a measurable difference, because (said Mabote) “the fear of being sued is what moves governments to take action.”

As an example of law spurring action, Allan Maleche of KELIN Kenya shared their video about #TBIsNotaCrime, KELIN’s successful campaign to persuade the Kenyan High Court to free TB patients who were sentenced to prison when they failed to take treatment. Justice Mumbi Ngugi of Kenya, who decided the case, led the group through her reasoning. Maleche and officials from the Global Fund spoke about working with grant recipients in Kenya to move for new health guidance based on the decision.

Survivors of TB, MDR-TB and XDR-TB opened and closed the meeting with their stunning stories of mistreatment, bad treatment, or flat-out no treatment at all. Vama Jele, a labor rights advocate, called for more work to ensure continuity of care for migrant miners in Southern Africa. Timur Abdullaev, a human rights lawyer and TB community activist, described expensive GeneXpert machines used to diagnose TB sitting pristine in hospitals, because country guidelines do not recognize them as first-line TB diagnostics for all people with suspected TB, and reserve their use for only certain categories of patients. He talked about the suffering people with TB endure during treatment – nausea, headaches, suicidal thoughts – and his resulting outrage over WHO’s omission of TB from its list of bacteria that urgently need new antibiotics. Camila Gianella described the epic odyssey indigenous people in the Amazon have to take to reach treatment.

An intense discussion on the second day explored developing a collaborative research agenda bringing together UN agencies and universities, with people with TB and survivors playing a driving role. The Global Fund shared plans for research on human rights related to HIV and TB in a group of focus countries.

Discussion also returned over the two days to what TB and human rights advocates could learn from the HIV movement. In closing remarks, Justice Michael Kirby pointed to one “commandment” he prizes above all others he has handed down to the TB world “straight from the mount’: “Never have a meeting on TB without also having people with TB speak about their lived experience. Because if we truly tell it like it is, then we can finally end this.” 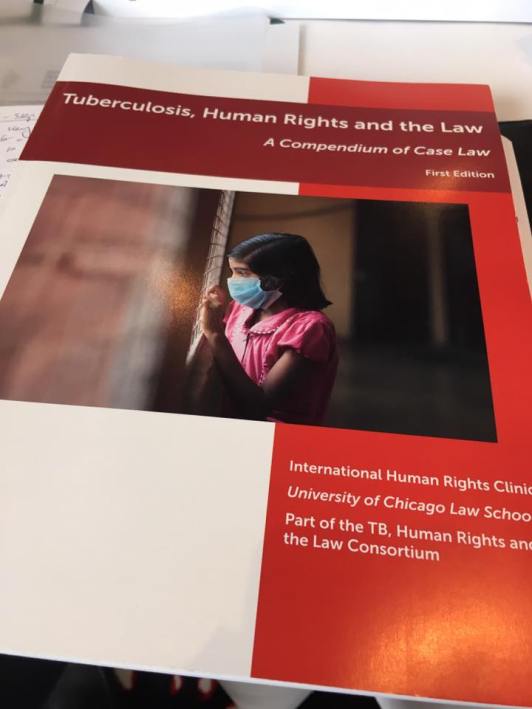