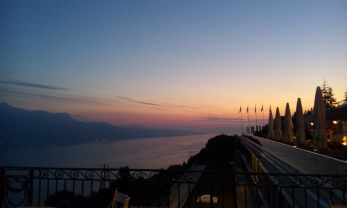 These remarks were delivered as part of a panel, “Those we impact”, at the Conference of International Investigators, Montreux, Switzerland, September 30, 2015.

For example, some people here have talked about how hard it is to operationalize sweeping anti-corruption rhetoric at the top of your institutions. I no longer work for the Global Fund to Fight AIDS, Tuberculosis and Malaria, but when I joined the Global Fund in January 2013, I came in facing a very ambitious and abstract commitment in the strategy – to “Ensure the Global Fund does not finance programs that infringe human rights” – and the question was, how to do that, in the 140 countries where the Global Fund finances national health programs? Some of the staunchest allies in taking this on were the fraud and corruption investigators at the Office of the Inspector General, and I’ll explain why.

First, what does human rights have to do with Global Fund financing? In discussing with experts inside and outside the Fund, and representatives of communities affected by HIV, TB and malaria, it became clear that human rights impacts on health programs in many ways. Punitive laws and human rights abuses drive people we most need to reach underground. Having HIV, TB, and in some cases malaria, can in turn lead to rights violations, such as discrimination by health care workers against people living with HIV, or the forced detention of TB patients, or in some cases the rounding up and detention of migrants suspected to have malaria.

Worse, we found that people reported violations in programs the Global Fund financed, for instance when governments rounded up sex workers and others to test them for HIV without consent, in order to meet funding targets. People who spoke out about these abuses faced retaliation – they could be hauled on the carpet by a health minister for “making our country look bad”, and have their NGOs shut down or blacklisted from getting funding again.

This is the first juncture where you can see human rights abuses intersecting with money, but there are many others. People who abuse their power and connections to commit fraud won’t hesitate to use that power to silence critics and whistle-blowers. Some will even use violence — and I understand many of us have had the experience of taking extraordinary measures to interview and shield people who report abuses. Corruption thrives where rights abuses thrive — where there is no transparency or accountability; where you have cronyism, tight-knit elites who control markets, and a culture of impunity.

What’s more, corruption leads to discrimination, which is itself a human rights abuse. Those who can bribe may be able to access services that ordinary people cannot afford. It’s poor people who depend most on the services that our agencies fund who are hit hardest when the money gets diverted. And corruption weakens governance and rule of law, creates leaders who are promoting their own interests, instead of promoting rights-based policies. This affects the quality of programs we fund, but it also affects supply chains, with abuses going right down the chain back to the small shop that uses child labor to manufacture malaria nets.

But the commonality that has struck me the most, talking to people here over the past few days, is the ways that the culture of our agencies, when it goes wrong, can foster tolerance of abuses of all kinds. Hon. Michael Kirby mentioned in his keynote address a recent report by the UN Special Rapporteur on Extreme Poverty and Human Rights, Prof. Philip Alston. He was talking about the World Bank, but he could have been speaking about many agencies. where there is sweeping rhetoric at the top, but poor alignment between rhetoric and practice, and talk about principles is windwo-dressing, not aligned with policies. When there is “pressure to push money out the door” and approve loans and grants quickly, we wind up with weak risk assessment and flimsy due diligence that undermines our ability to make investments that really achieve impact. Sometimes, because we believe we are doing good, we begin to see social safeguards as getting in the way, and they become a check-the-box exercise.

It’s a different story in the private sector – our industry may be lagging behind businesses. Because the private sector has had close scrutiny of supply chains by the public and shareholders, they have had to step up their game and develop strong corporate social responsibility policies and procedures. We’ve been coasting for a while, but the public scrutiny is coming for aid agencies — some of you may have seen the recent article in the Guardian about use of child labor to make “blood bricks” for aid projects in Nepal. It’s a good idea to get ahead of the game now.

So, enough trying to depress you, and on to the practical things that some aid agencies, like the Global Fund, are beginning to do to address the risk of rights abuses.

The good news is, the ways you fight human rights abuses and corruption are similar. We need not just rhetoric, but clear policies backed up with a strong regulatory framework, clear separation of powers and rule of law. We need transparency and accountability, and close monitoring by a free civil society and free press. All these things can help to create the cultural change that will end corruption and rights violations linked to our aid.

In 2011, a group of UN human rights experts, with aid agencies and businesses, worked together to develop the Guiding Principles on Business and Human Rights. We drew on this heavily at the Global Fund to develop our approach. The Guiding Principles set out the “Protect, respect and remedy” framework, in which governments protect citizens against abuses by third parties; corporations and investors respect human rights, by “knowing and showing” that we have done due diligence and taken steps to mitigate risk; and we all work together to ensure access to remedy, through either courts, or non-judicial complaints mechanisms.

The Global Fund followed this by developing minimum human rights standards for all  grant agreements:

Grant recipients are expected to review these standards and disclose any risks, and take steps to manage the risk. Where there are punitive laws or other issues that make it difficult for a program to respect these standards, the Fund will work with them to develop work-arounds so that people can still access life-saving services. And the Fund now finances programs to mitigate human rights risk, such as street lawyers, human rights monitoring, law reform, and other interventions as part of its health financing.

In addition, the Global Fund provided training to all staff on human rights standards so that they know what it looks like when the standards are respected and when they are violated. Finally, to fulfill the third part of the “protect, respect and remedy” framework, the Global Fund Office of the Inspector General now accepts complaints alleging violations of these five standards in programs it funds. Their fraud and corruption investigators have had training in human rights investigative methods.

As you can see, as hosts of this conference, the OIG are now championing that approach to the rest of the industry. It has been such an honor to work with and learn from them, and to see them emerging as leaders in promoting greater aid accountability. Thank you, and look forward to your comments and questions.