What counts in the new UNAIDS strategy 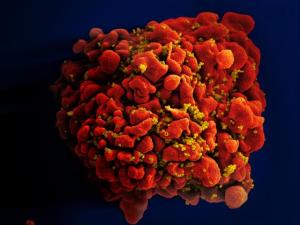 UNAIDS has posted its new draft strategy online. There’s good news for human rights advocates: human rights and gender equality are front and center. The challenge: human rights will still be measured and reported on separately from mainstream health indicators.

While that means the issues may get more visibility, it also keeps human rights out of the system of routine reporting that national AIDS programs do. Instead, UNAIDS, WHO and other global health agencies should integrate law and policy analysis into the disease impact models on which the strategy is based. Here’s why.

Under the Sustainable Development Goal (SDG) By 2030, End the AIDS Epidemic, UNAIDS has three draft objectives:

Linked to these are 20 draft targets. For example,

You can see all the targets online.

These quantitative targets are a critical part of global health governance (WHO has similar targets for its global strategies to end TB and malaria). Countries base their national strategic plans on these targets, which are in turn based on disease impact models.  Then national AIDS programs report annually on progress against the targets. If you search for a country on the UNAIDS website, you can see their current HIV/AIDS numbers, and download the most recent country progress report (for instance, here is Kenya’s page).

The same data is used to report on progress on The Global Fund to Fight AIDS, TB and Malaria grant implementation. As countries hit their targets, they are able to access new tranches of Global Fund funding. (Here is Kenya’s page on the Global Fund site). Good performance on the targets is not just nice public relations – it’s tied to accessing significant amounts of funding (in Kenya’s case, US $337.3 million for HIV).

This makes it all the more important what the targets are, and how they are developed. Using mathematical models and epidemiological data, disease impact models aim to measure and predict how many people will contract a virus, how quickly, and how various interventions may “bend the curve” or control the epidemic (see here for a good explanation).

UNAIDS’ new Fast Track strategy uses these mathematical models to make the case that if the world scales up proven biomedical interventions, we can avert 21 million deaths by 2030, avert 28 million HIV infections, earn 15 times back on the investment, and avoid spending US $24 billion on the AIDS response.

But what the UNAIDS models don’t factor in are some on-the-ground realities: for instance, while men who have sex with men are among the most vulnerable to HIV, 76 countries (including Kenya) criminalize same-sex sexual relations. This makes it much harder to reach those men with life-saving HIV prevention, testing, treatment and care programs. In many of those countries, HIV prevalence among men who have sex with men is high – in Kenya, over 18%.

If the world wanted to eradicate lung cancer, and set up a UNCancer agency and a Global Fund to Fight Lung Cancer, a routine part of their work would almost certainly include a team of researchers monitoring and evaluating tobacco laws and policies in countries eligible for funding. Given the vast evidence documenting impact of tobacco laws on health, UNCancer could tell a country, before it wrote its national strategic plan, how many lives the country could expect to save given the laws they had in place. UNCancer could also advise countries how doing specific things to improve the policy environment—for instance, taxing cigarettes, or banning smoking in public places—would bend the curve for lung cancer. Law and policy work would be a normal, routine part of global health.

So why don’t we do that for AIDS, tuberculosis and malaria? That’s another blog post. But we could do it if the will were there. There is no shortage of evidence that punitive laws and policies which criminalize sex work, same-sex sexual behavior, and injecting drug use, along with some other laws and policies, fuel the spread of HIV. Recently, a game-changing article by Kate Shannon and others in the Lancet has drawn on this work to successfully create a disease impact model on the impact of decriminalization of sex work. Shannon et.al. found that decriminalization of sex work would avert 33-46% of HIV infections in the next decade. That’s the kind of analysis we urgently need included in the UNAIDS strategy and targets.

This past spring, towards the end of my 2+ years at the Global Fund, a few of us began some very preliminary exploration of whether we could draw on approaches like Shannon’s in disease impact modelling – and then based on that, in the analysis of cost effectiveness of programs that countries do as part of their planning and budgeting. It’s exciting work. To hit the fast track running and live up to the visibility it has laudably given to human rights and gender, UNAIDS should commit strategy, budget and staff to integrating its human rights analysis into its models and targets. We can make law and policy a routine part of countries’ health planning, programming and reporting work. Just as it would be if we were talking about lung cancer.