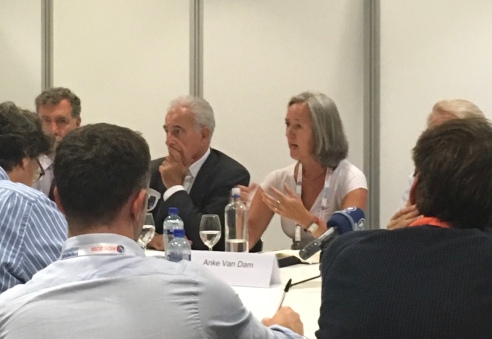 The last in a series of four articles on AIDS 2018 for Health and Human Rights.

Steadily growing rates of HIV infection in Eastern Europe and Central Asia (EECA) are at the heart of a debate roiling health aid at AIDS 2018. While US funding for the global HIV response increased in 2017, that trend is unlikely to continue and most other donors cut back, according to a new report from Kaiser Family Foundation and UNAIDS.

The Global Fund to Fight AIDS, TB and Malaria and PEPFAR argue that given the limited global funding for HIV, they should prioritize investing in Sub-Saharan African countries to reach the largest number of people living with HIV. Middle-income countries are increasingly left to “transition” out of aid and foot their own bill. But critics say EECA governments do not fund services for criminalized populations such as people who use drugs. As a result, 39% of new HIV infections are now occurring amongst people who use drugs in the EECA region, says UNAIDS.

“International aid, and the Global Fund in particular, should not behave like development banks. We should fight AIDS wherever it is, and fund what governments are not willing to fund at the time,” said former Global Fund executive director Michel Kazatchkine. While he congratulated a Russian health official sitting beside him at a roundtable, who asserted that Russia had increased its funding for HIV, Kazatchkine countered, “Funding for prevention in Russia is far from where it should be, and still not at scale.”