To manage billions in global aid and press UN member states to take action to meet the ambitious SDG 3 on health, UN agencies and donors rely on health data reported to them by countries. This data is not produced in a political vacuum. Sub-populations vulnerable to HIV and TB (such as gay men, people who inject drugs, sex workers, transgender people, sexual violence survivors, refugees and migrants, among others) are often hidden underground due to stigma and fear of law enforcement.

Health data about these groups can be politically fraught: it is evidence of urgent needs of groups whose very existence may be publicly denied and denounced by the state. For these criminalized, stigmatized and marginalized sub-populations, the very fact of being studied can create heightened risks of violence and arrest. At the same time, an absence of health data almost always means that programs to serve their specific needs are neither planned nor funded.

Thus, civil society groups often challenge national health data, with especially fierce and complex contests emerging in consultations with international donors. In the fight against TB, HIV and other health crises, data and the nature of evidence are emerging as a critical stake in the struggle.

Drawing on field research with key populations groups, as well as her experience in global health financing mechanisms, Davis will explore issues in the contests over health data, visibility, and financial resources. 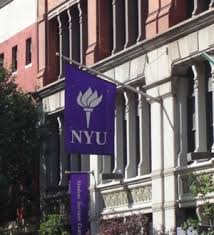